The quantification of cell migration and invasion is crucial in the study of cancer metastasis and many methods have been developed to assess cell invasion. There are some difficulties present in the measurement of cell invasion, which cells are few in number and are intrinsically tied to cell microenvironment. Thus, a three-dimensional invasion assay which is easily produced and is no need to displace cells from their original microenvironment is required for the better research of cell invasion. The inverted vertical invasion assay not only is a simple and convenient technique to study cell invasion, but also allows to assessing the capabilities of cells in a three dimensional, extracellular matrix-based environment without displacement from the original culture location. This technique can mimic the vivo environment with respect to cell invasion and lead to valuable insights to research the mechanisms of cell invasion in vivo. This assay could also be used to study many complex cell types or to screen for pharmacological agents affecting cell migration and invasion. 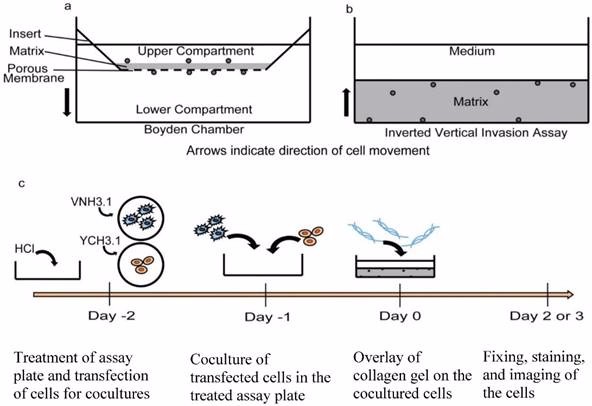 The inverted vertical invasion assay is performed in a variety of cell culture dishes including 24-well plates with 10mm glass-bottom wells. In this assay, collagen is used and the collagen gel is prepared on the surface of the glass-bottom. Cells are seeded on top of the gel surface and incubated for an appropriate time. Then, the invasive cells will be fixed with 4% paraformaldehyde and stained with fluorescent reagent. Therefore, the invasive areas and invasive cells can be quantified by high throughput image system. This reproducible assay could be readily used to quantify the invasion capabilities of sensitive and rare cell types with high efficiency. 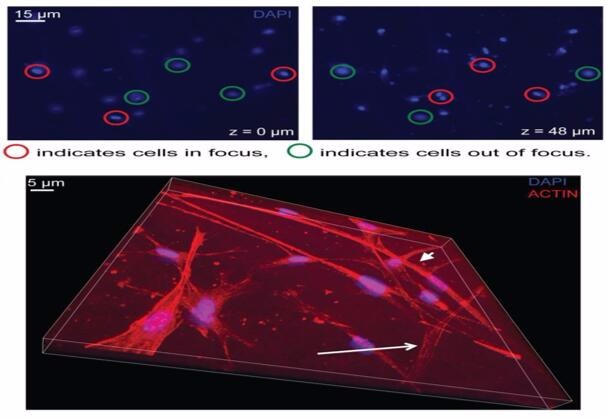 The inverted vertical invasion assay has many advantages in the study of cell invasion. This assay allows a better control of the culture substrate and cells, since cells are not displaced from the original cell culture environment. The inverted vertical invasion assay also makes it possible to quantify the invasiveness of the co-cultured cells in a 3D environment without affecting the integrity of cell the cell microenvironment, which could facilitate a better understanding of cell invasion in vivo. This assay at Creative Bioarray could be optimized to address many other questions including the effect of ECM and different chemoattractants on cell invasion.