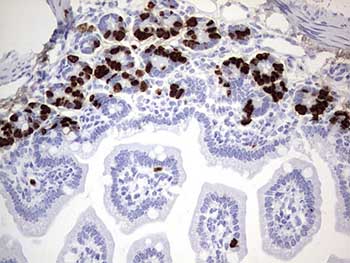 To evaluate cell proliferation through quantification of newly synthesized DNA has many advantages including accuracy and high reliability. This method allows the microscope-based image analysis for selectively measuring DNA contents and high resolution data which enables the high throughput analysis of the results.